Kirkby Lonsdale Brewery has raised more than £5,000 in an initiative with the Pennine Way National Trail.

Last year, we were specially selected as one of the stockists of the special ale, Pennine Ambler, which was launched in a joint initiative alongside two other breweries on the trail.

From each pint or bottle sold, a financial contribution is made towards the maintenance of the 267 mile national trail, which runs from Edale to Kirk Yetholm. 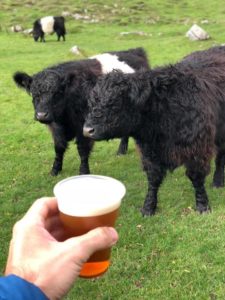 Stu said: “The Pennine Ambler has been really popular with our customers. So popular that we’ve sold 51,000 pints of it! It’s great to see how well it has gone down, so we’ll definitely be continuing to sell it.”

To celebrate the fundraising efforts, Stu and a team from Kirkby Lonsdale Brewery served up pints of Pennine Ambler to thirsty walkers at Malham Cove in the Yorkshire Dales.

Stu said: “It was really good on the day. We put a barrel in the back of the van, set the pump up and created a mobile bar. Lots of people who were either about to start their walk or finishing it were definitely keen to enjoy a refreshing pint! It was a great way to raise awareness and raise a glass to the fundraising initiative.”

Pennine Ambler, a thirst-quenching amber ale of 4%, was created by Kirkby Lonsdale Brewery and is available along the trail and in surrounding areas, including Manchester, Sheffield, Newcastle, Carlisle and the Scottish Borders.

The Pennine Way trail managers began their search for a brewery partner in February 2017 before joining forces with The Nook Brewhouse, Holmfirth, and Hadrian and Border Brewery, in Tyneside, for the summer launch which took place in June. 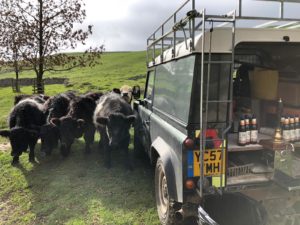 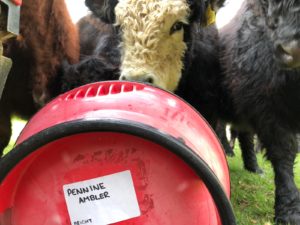 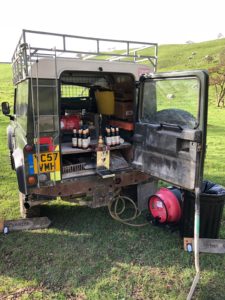