Scroll Down
Homepage Blog As seen in SIBA magazine…

As seen in SIBA magazine…

We were delighted to be featured in a recent edition of SIBA magazine!

SIBA stands for the Society of Independent Brewers, and it’s the voice of British independent brewing. So to say that we were happy to be included in their magazine was an understatement. 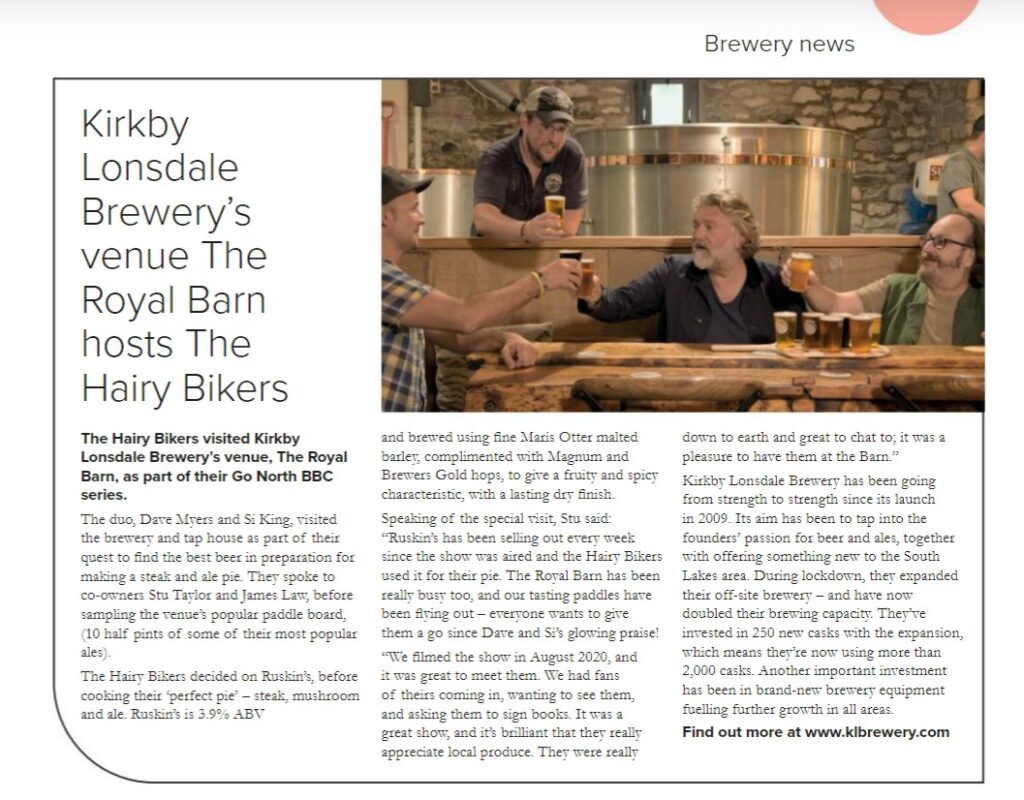 The piece was about The Hairy Bikers’ visit to The Royal Barn, and it’s another piece of press interest that we’ve experienced ever since the duo visited Kirkby Lonsdale.

We’re proud to be part of SIBA, which was established in 1980 to represent the interests of the growing number of independent breweries in Britain. It currently represents more than 825 independent craft breweries and SIBA’s vision is ‘to deliver the future of British beer and become the voice of British brewing.’

We pride ourselves on our independence and passion for real ale – it’s exactly why we created Kirkby Lonsdale Brewery (historically speaking, Kirkby Lonsdale has had brewing at its heart for centuries until the trade had all but died out).

Did you spot the piece in SIBA? We’re happy to chat with any publications about the brewery and our latest developments. For PR and media enquiries, please get in touch with Stu or email Danielle at danielle@bloomincreative.co.uk.