Raising a toast to 18 months at The Royal Barn

It has been quite the adventure since we opened the doors to The Royal Barn on a very chilly December weekend just over 18 months ago.

Fast forward to July 2018 and The Royal Barn as a venue has gone from strength to strength. We’ve introduced a host of exciting new offerings, such as cinema nights, Kircabi Roasters coffee, private events, and our ever-popular live music evenings.

But not only that – our food and drink menu has expanded too – thanks to an expansive gin selection, locally sourced delights such as pork pies and pastries, and not to mention our ever-growing variety of ales.

But where did it all begin? 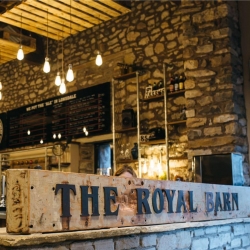 Let’s go back to 2009 when Kirkby Lonsdale Brewery was officially founded. This was the year that we opened the site at Old Station Yard, brewing once a week (with a logo and branding that was designed by the team). Within three months, we employed a salesman and delivery driver.

In 2010, demand meant brews increased to three times a week, and the following year we introduced a second brewer and more fermenters.

The following six years saw another exciting period of growth, with more staff members, and a complete brand refresh saw us introduce our new logo. By 2017, we were brewing up to eight times a week.

The number of casks has also increased over the years – from 100 to 1,200 currently.

During this period, we were working on plans for The Royal Barn behind the scenes. We had submitted the planning application initially in 2014, but it took another two years before we obtained planning permission. 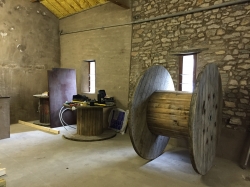 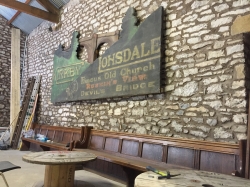 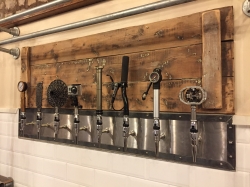 The venue was refurbished from June to December, we as a team pulled together and did a lot of the work ourselves. We opened the doors in December with five of us working behind the bar.

Now, cut to the summer of 2018 and we have more than doubled the number of staff members to 12 employees who are all local to the town. We have introduced a variety of events for customers of all ages to enjoy and have also hosted an assortment of private events, such as weddings, christenings and corporate parties.

What a whirlwind 18 months we’ve had – and what’s next for The Royal Barn? Watch this space…